Have been staring at herds of cattle for several weeks now (people think you’re off your head!), but it’s finally paid off.  A flock of Yellow Wags seen at Cissbury on Sunday and now two along the river on 20/9 between Betley and Chates on their way to winter in Africa.

I admit they were on the opposite river bank and aren’t nearly as yellow as Grey Wags, but these could be our first Henfield record of the species for 2019?  Also Kingfisher in same stretch of river yesterday. 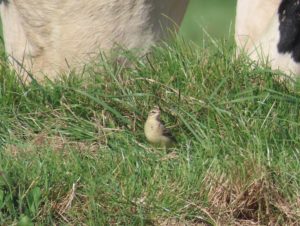