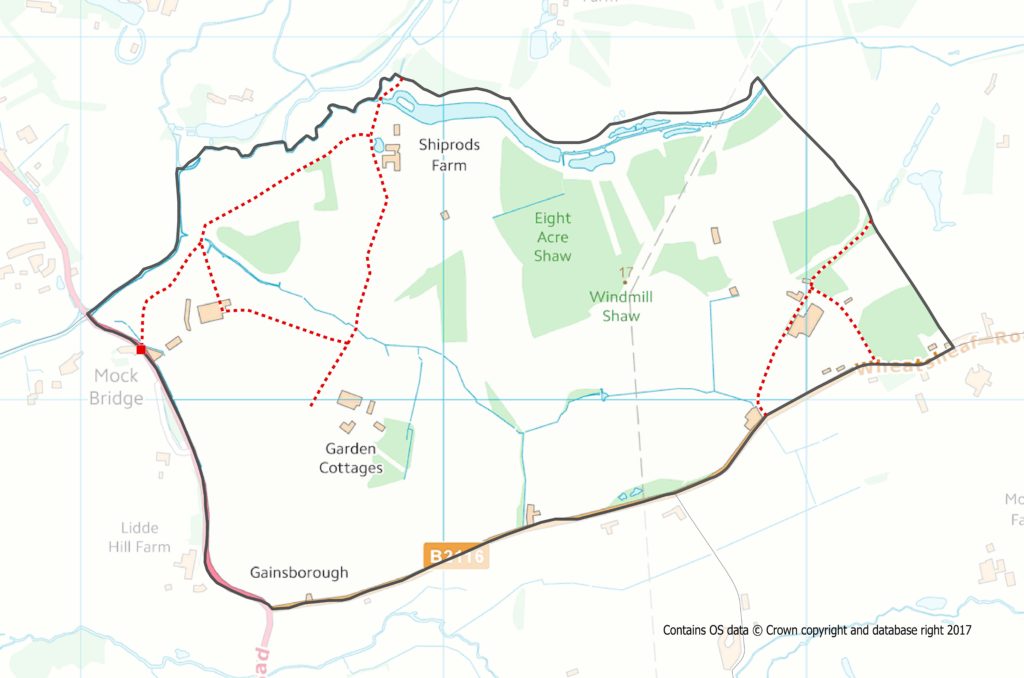 Area 1 is the most northerly of the parish bordered to the west by the A281; to the south by the B2116; to the east by the parish boundary, which is the public foot path that runs north from the B2116 opposite the greyhound kennels (235/182) to the corner of Blacklands campsite.

The northern boundary is the River Adur from Mock Bridge eastward to Clapper’s Weir (227/194). Close to the river is rough grazing pasture and water meadow, both liable to flooding. There are a few dwellings along the B2116 and associated with the farms are barns and zlight industrial complexes. There is a lake and a few mature woodlands throughout. It is not possible to cover the whole area due to the lack of public rights of way throughout the central section.

The Western section of this area has free ranging livestock .There are cattle adjacent to Mock bridge, horses in Chestham park and Alpacas to the east of Marl wood (217/185). The Eastern section footpath (229/179) runs through Blacklands farm buildings, some woodland, where there is an infestation of himalayan balsam(taking care not to take the exploding seeds with you) along the edge of the campsite and back to the road. Jackdaws and woodpigeon are the dominant species but most of the usual residents and migrants can be seen from time to time although there are no high populations apart from the Jackdaws and woodpigeons.