Early in the month Nightingales were still singing along the millstream, and  seen in the same area were young Stonechat, Linnet feeding young, and Reed Buntings. Fairly unusual to have Stonechats stying to breed, usually winter visitors.  Some young Lapwings were spotted on the Downslink. Two Kingfishers on the river by New Inn Farm, Sedge (photo) and Reed Warblers by the mill stream. 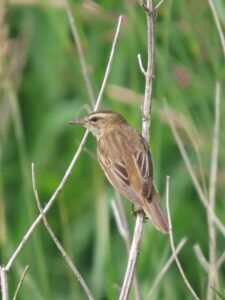 On the 26th a pair of Hobbies seen  high in the sky over the levels and at lower altitudes Buzzards, Red Kites and a large mixed flock of gulls including Lesser Black-backed, Herring and Black-headed all feeding on insects.

A Tawny Owl family in the village and probably 2 on the Downslink had all produced young. Two of our local Barn Owl boxes had chicks, which were ringed early in July by a ringer with a Schedule 1 licence.  Also one adult female ringed and a male retrapped – which had been ringed in 2015 as a 2nd year bird, hence 6 years old, very respectable indeed for a Barn Owl! 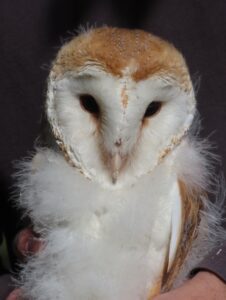 A shame the Red-footed Falcon was just over the boundary in Upper Beeding! 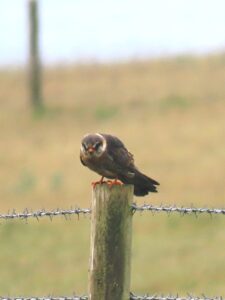